Founded in 2008, Bobo Choses is a leading sustainable quirky Spanish children and adult clothing brand.
We were all children once. That’s why everybody can relate to Bobo Choses’ DNA: play, curiosity, innocence, nonsense, creativity, imagination, and a sense of humour!
Bobo Choses loves to create fun clothes and accessories for babies, children, women, and men to play with. Each clothing collection tells an inspiring story of its own which comes to life through bold colors, fun prints, and comfortable garment shapes. The brand designs, sources, manufactures and sells with their customers, people, communities, and the environment in mind.
Bobo Choses is a lifestyle brand that loves to have fun!
Find out more

Bobo Choses doesn’t just make children’s clothing. Each collection is special. It begins with a story and ends with a world of clothing, decorative items and accessories. Adriana Esperalba, founder and creative director of the brand, tells us that at Bobo Choses, having fun and being creative and humble is key. In a former toy factory a stone’s throw from the Mediterranean Sea and a few miles away from the brand's production sites, Adriana and her team of 23 combine their talents every day to bring creativity to families around the world. 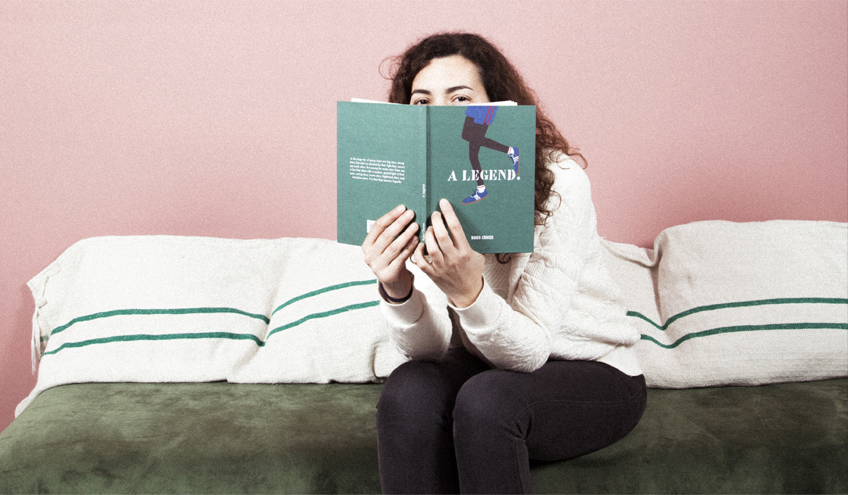 How did it all start?

After working for several years as an art director for an advertising agency in Barcelona, a friend and I decided to create our own graphic design studio. In 2008 and with the arrival of our children, we realised that we couldn’t find nice clothing for them. So we decided to create a mini-collection of T-shirts, with no idea of how we were going to sell them. A friend introduced us to someone who could produce a sample collection for us and we decided to try our luck at the Playtime Paris trade fair, with a shoestring budget, sleeping at my brother’s house, and crossing our fingers that everything would go well.

How did the name of the brand come about?

When we started, we liked the word 'Bobo' from the French expression, bourgeois bohème, even though the term can sometimes be seen as pejorative; it represents a kind of society with a passion for culture, against frivolous consumerism, but with a rather comfortable life that allows that attitude. The truth is, it’s just an easy word for a child to say. In Spanish, it can also mean naive, and in comedy plays, it’s the funny character. 'Choses' because we want to come up with more ‘things’, and not just clothing. We are drawn to everything in children’s worlds. 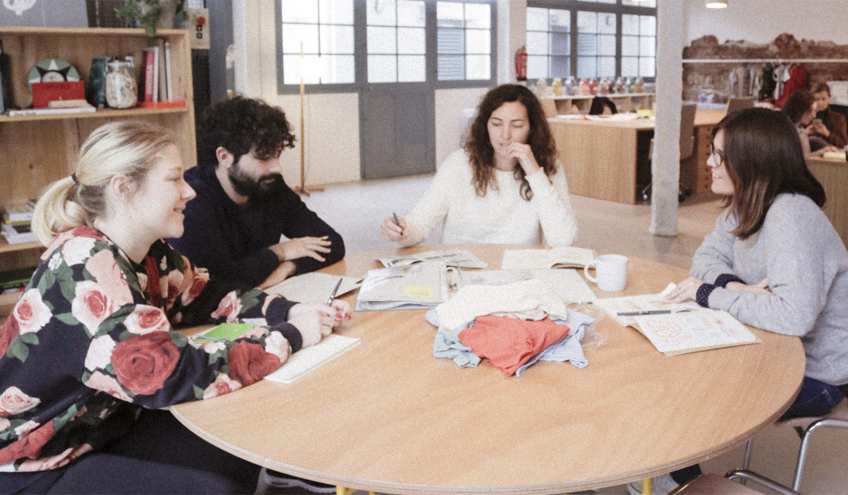 Who is behind the brand? How many people make up Bobo CHOSES?

Who are your fashion and art icons?

When I was studying graphic design at university, I was fascinated by rationalist architecture, the Bauhaus school, Le Corbusier, Josep Lluís Sert, and the designs of the Eames brothers, Jean Prouvé, Ettore Sottsass and Miguel Milá. There are a lot of artists I like, too: Joan Miró, Sonia Delaunay, Joan Brossa, David Hockney, [Alexandre] Calder, Jean Arp. Also designers and illustrators such as Eric Carle, Bruno Munari, Enzo Mari. In the world of fashion, Coco Chanel, Rei Kawakubo and Josep Font. 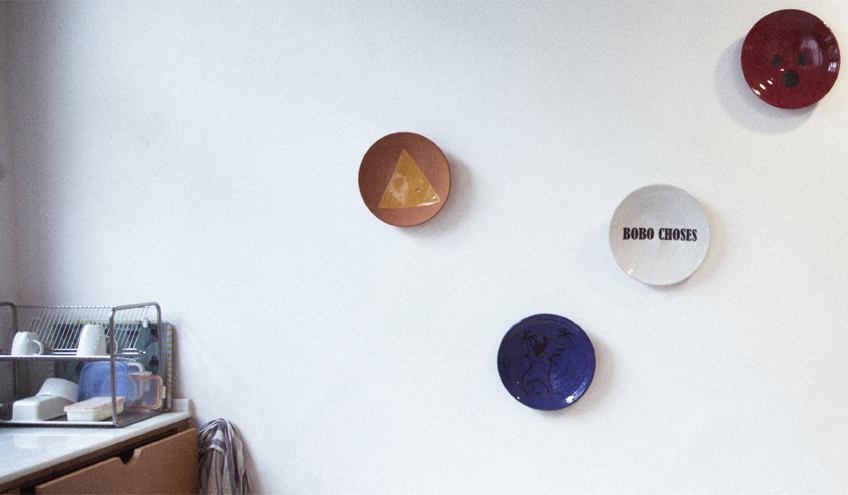 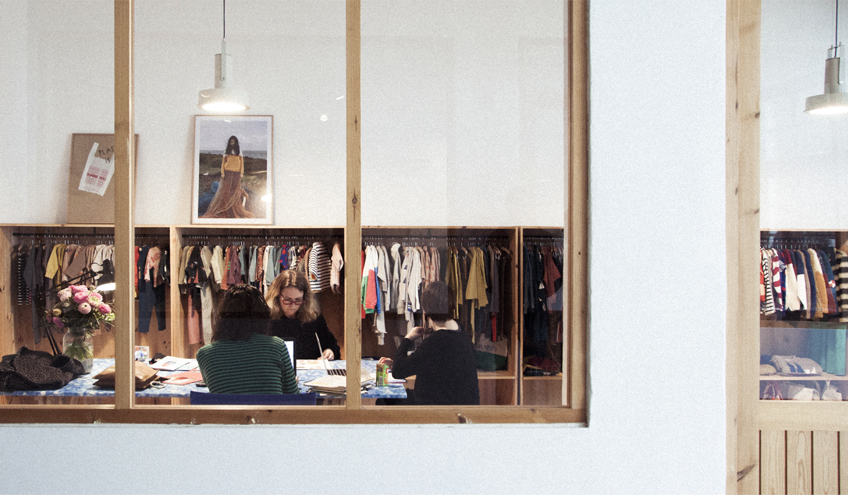 Where do you find inspiration?

In books, photos, songs, films… Our collections always look back to our childhood; sometimes it’s like we are resisting getting older. I like seeing what people are wearing in the street, travelling and discovering new things.

What does motherhood represent for you?

It’s loving unconditionally, learning, laughing, crying, playing, dreaming, seeing the world from a different angle. But sometimes it’s also being a nag and telling them ten times to put on their pyjamas and brush their teeth [laughs]. 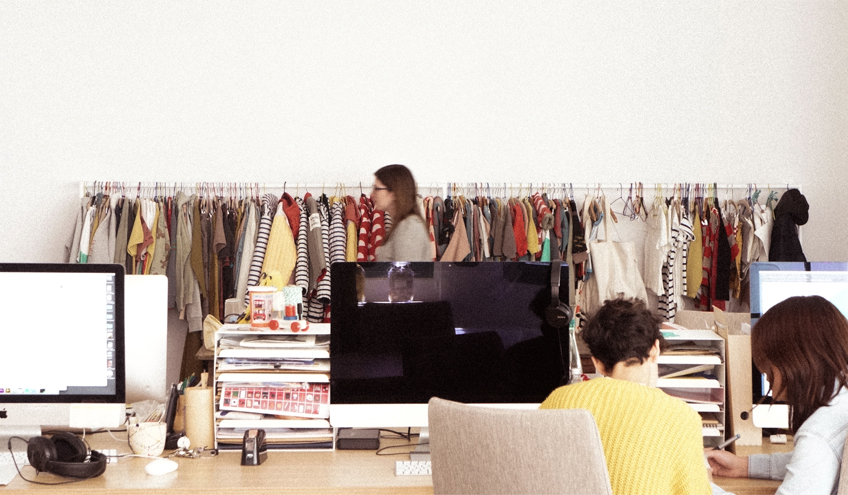 How do you balance your family life with your professional responsibilities?

I’m lucky to live really close to work and my children’s school. In the mornings, we ride our bikes to school. I try to be really productive day to day so I can spend more time with my family. We make plans for the weekends, we go camping in the mountains, or near the sea, we do arts and crafts or even just make a fort in the house where we read stories.

What fascinates me most is being constantly obsessed with the world of children. When we take photos, everything happens really quickly and it’s tiring, but it’s one of the best times; it’s almost like the culmination of the work you have been doing for a long time, watching the children dressed in the new collection, playing and having fun. It’s incredible.

What does Bobo Choses do to set itself apart?

From the beginning, we said: “We don’t want to be a brand that just makes children’s clothing.” That’s why our collections start with a tale, a story, and later on there are T-shirts, backpacks, rugs, posters…
What’s more, one of the main concerns we have as a brand is our environmental impact. For over two years, we have tried to use organic and recycled materials in our collections, but there is still a long way to go. We also keep quality in mind, which is why 95% of our production is carried out between Spain and Portugal. The vast majority is less than a forty-minute drive from our offices.

For you, what are the keys to your brand's success?

We have always been very proud of our philosophy and our style, and I believe that this is what people appreciate about us. We try to surprise and be creative in everything we do, as well as having fun while doing it, and I think this shows.

If you had to define the world of Bobo choses in 3 words, what would they be?

your dream for Bobo choses is…

To have a space/shop to be able to display the Bobo [Choses] universe.

Smallable was there at the very beginning of Bobo [Choses]. The first collection we designed was sold in only a few stores, and Smallable was one of them. We will always be grateful to you [Smallable] for taking a chance on a brand that had just started out. 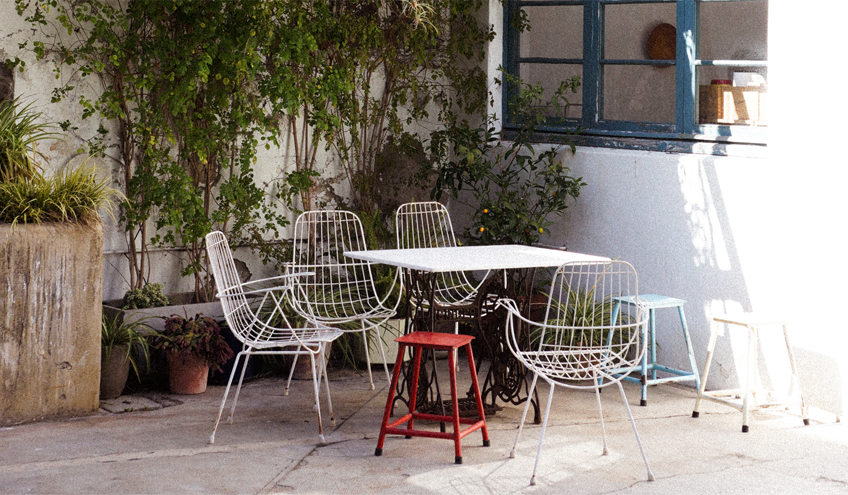 Our book, A Legend  (by Bobo Choses)

Friday I’m in Love by The Cure

E.T. the Extra-Terrestrial (1982) by Steven Spielberg

A restaurant in Barcelona? 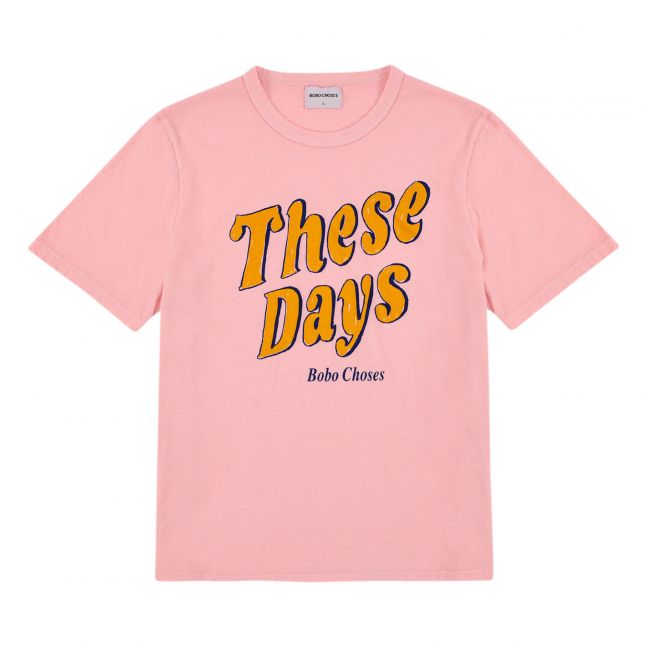